We would like to introduce ourselves to you with our 𝚐𝚛𝚎𝚢 music.

We are forming black

emotions into beautiful shades of grey.

We are proud and excited to announce that this, our 2nd EP, was produced by Ade Fenton, best known for his production work with Gary Numan.

This EP is mixed by Chris Coulter (best known for the album Melancholia Hymns by Arcane Roots, and mastered by multi award winning mastering engineer 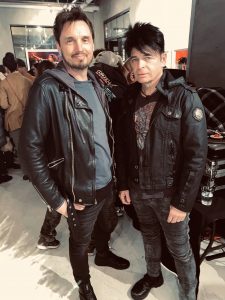 We very much hope you’ll be interested in releasing this EP!